Delta Airlines Enters Into Partnership With Farelogix to Use Direct Connects

Ever since American Airlines started to distribute its content through direct connects, there have been discussions whether others would follow and if there is really a value for the consumer.

Recently, Delta Air Lines started its own direct-connect strategy in partnership with Farelogix. According to their plan, Online Travel Agencies and Travel Management Companies will then be able to access Delta’s full-content through a Delta-Farelogix platform, thus bypassing the GDSs and saving additional costs.

However, Delta does not plan to switch to direct connects completely. Delta rather sees its direct-connect platform as an alternative to the GDS: “Farelogix and Delta will implement a platform to allow customers additional access to Delta content. It will provide another source for the travel agency community to access Delta’s fares and other products and services, in addition to the legacy Global Distribution Systems with whom Delta currently participates.” as Delta stated in an email.

Aside from financial reasons, there is still much discussion about how direct connects really benefit OTAs and the consumer. Airlines such as Delta and American Airlines believe there are advantages both for Travel Agencies and consumers.

Sabre, Delta’s GDS partner, certainly is an opponent of direct connects. Therefore, it is interesting that Sabre tolerates both Delta’s move and even Expedia’s direct connect with American Airlines. Sabre’s justification is that their technology is still at the core of the Expedia deal as Chris Kroeger, senior vice president of marketing at Sabre, told customers in an email: “The most important thing to note in the Expedia/AA announcement is that GDS technology is and will be at the core of their arrangement, in the short-term and beyond. The companies’ joint press release makes clear that AA content has been restored to Expedia’s sites using GDS technology and that Expedia plans to access AA’s content using GDS technology in the future.”

And according to Sabre using GDS technology is still superior to using only direct connects, since they can handle many different direct connects without any problems: “Using ‘aggregation technology’ to enable efficient comparison shopping, booking and fulfilment across hundreds of direct connections is at the heart of what a GDS does.”

So what does this mean for the future of travel distribution? Will GDSs and Airlines find solve all their problems in the near future? Well, that is not very likely, but the latest deals between airlines, GDSs and Travel Agencies show that there is a development in the industry that might in the end lead to a better travel booking experience for the customers.

Ancillary revenues and merchandising is extremely important for airlines. They can generate additional revenue, differentiate themselves from the competition and thus strengthen their own, unique brand. Also, the unbundling of products offers customers the freedom to choose only those services they really need and thereby saving money on services they personally do not consider valuable.

The technology to realize this is out there. That is why all players in the industry should focus on innovating their products instead of negotiating and trying to maintain the status quo. The GDSs have this technology, too. And the last weeks and moths have shown that there is a great improvement in their offers. I am confident that both airlines and GDSs can find a solution that everyone including the customer benefits from. Technology providers such as PASS are ready for this change. 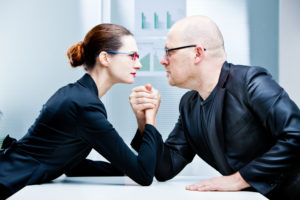 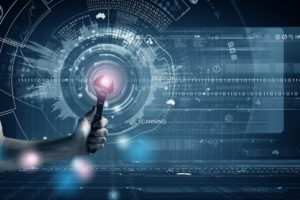 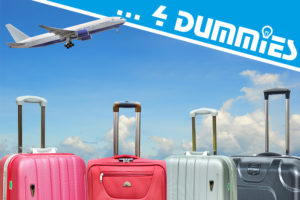