In my eyes it is incredible how much fear there really is for nothing: For over one hour the audience got caught up on why will there be fields, such as marriage status or gender in the suggested XML.

A huge misunderstanding appeared to be that some thought the data was captured by IATA while in fact IATA is just suggesting a format on how to exchange data if you choose to do so.

The topic IATA NDC was resumed throughout the conference to the point where one could think Kevin Mitchell was on the payroll of NDC opponents, as he managed to cause confusion by explaining what the whole thing was about.

My take on this is that we should finally get the standard defined and then move on – it’s amazing how much time can be wasted over nothing. It’s an improved way on how to communicate in the 21st century (not through EDIFACT) – it is still up to the customer what information they provide and up to the receiving party what they do with the information. If I’m a good customer, I hope I will get a better deal than the person who takes this flight once in a lifetime.

It was mentioned that GDS would like to see for IATA to re-file NDC with the DOT. The GDS panelist assumed that there must be a problem with NDC if over 400 parties filed a comment with DOT (they couldn’t specify a problem however). One individual who read all of these comments even mentioned that she wanted to shoot herself as so many are not relevant. A problem appeared to be the mixing up of a commercial model with a standard. People shook their heads.

Déjà-vu? A similar experience Mike Premo witnessed: Already years ago ARC made a huge investment into EMD (Electronic Miscellaneous Document – a standard for electronically documenting ancillary revenue) and he mentioned that at the pace the industry is moving on new developments such as EMD (or NDC) it will take ARC 150 years for a return of investment.

Not a lot of change, it all comes down to customer service. TMCs believe NDC will come either way – otherwise it will just drive business to the supplier websites, that’s why one should just adopt it now. Although GDSs invested in graphical user interfaces for agents -green screen is still dominant – despite the fact that the green screen users may not get the best offer (the offer on the top of the screen does not necessarily need to be the best offer for the individual). Interesting fact: Most agents (75% – 98%) employed by TMCs are virtual agents, meaning that they work from home.

TMCs were also topic at the Buyers table

The value in TMCs diminishes since more business is going online. That’s why it is interesting to see what Amex will do with that huge investment announced a few weeks ago. It remains to be seen if they will put it to work wisely and continue to reinvent themselves. They need to be investing to remain relevant. I didn’t hear any investment plans on the TMC panel. Hello? I would like to repeat this: TMC need to invest to remain relevant. Buyers noted that the value creation over the past has been in the booking engines and this is despite the fact noted earlier that even Concur’s goal is just to be up to par with Rearden Commerce or nuTravel. Even the proclaimed most innovative booking engine is at loss of connection to the actual customer. It was claimed that booking tools are not rally investing – they are just growing their own business. If booking engines are that bad but still the only ‘value-creation’ – what does this mean for the TMCs? But it goes on: Polls apparently revealed: Agents are very important for the C-level executives, but the regular workforce does not even know them – everything is booked online. So in other words agents stay around as long as executives don’t know how to use a booking tool? Déjà-vu? Seems a bit like the fate of secretaries.

I guess it would have been interesting if the TMC panel was after the Buyers table … do TMCs get what buyers want or are TMCs too sidetracked by irrelevant discussions about technology standards which don’t matter. Once again I ask the question: Do TMCs know who pays the bill? A floor comment revealed: “A TMC is unfortunately not a non-profit organization, so everything you ask them to do, you pay for it.” They get part of their money from the GDSs and booking tools and that is where they put their eggs – but bottom line the buyers pay everybody in the value chain. Déjà-vu? Do TMCs listen? Wasn’t this the same conclusion two years ago? The only highlight for agents appears to be that they remain relevant on an international level!

Not exactly surprising was the comment that baggage fees for all US airlines are currently worth $3.5 billion – So this is definitely the driving force for airlines to be more profitable. However TMC are quite challenged with the new way to sell: A TMC representative continued to mention that the successful amazon.com model does not work with TMCs, since it is a model airline direct website. I don’t get this comment because then the model can also just change to the amazon.com model. He however mentioned that the intermediary should be as slim as possible and the traveler should get a personalized offer – which brings up NDC once again. Holly Hegeman brought up “The travel industry from a technology perspective sucks, because the airlines never had the money to make such an investment – the largest airline IT investor (Southwest) cannot charge for bags.” A travel manager mentioned that up-selling for ancillary products might pose a problem because you need to put a fee for the TMC on top of a fee (for merchandizing) – once again, a TMC is not a non-for-profit organization. Another challenge could be that the functionality needs to be in the booking tool which brings up another interesting fact, that about 50% of all TMCs use and provide booking tools provided by the GDS.

It does not seem to me that the industry is ready for the new world – not from a technology perspective (NDC) but also not from a commercial perspective. Wouldn’t it be nice if everything remains as it is? Déjà-vu? I’m sure the music industry thought so, too, but then along came Apple… 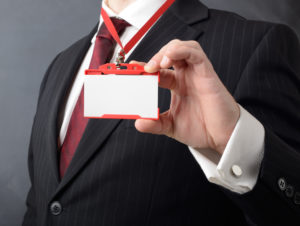 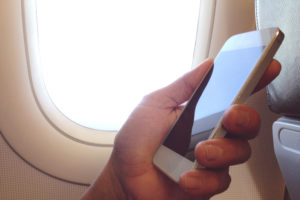 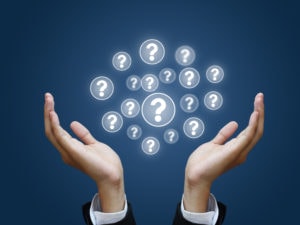