US Airways Sabre Verdict: No Winner – only Losers!

Last week US Airways (now American Airlines) and Sabre made their final pleas to the jury – the five-year-plus antitrust case draw to a close. My prediction became true: There is no winner.

The verdict is in. American Airlines will receive $ 5.1 million in damages – 11.5 percent of what they’d sought. The battle will go on, Sabre will file a motion or appeal, and we are back to square one. Bottom line, attorneys aside, no winner only be losers. The money awarded will hardly cover the expenses of this lawsuit. [UPDATE 3/7/17: Even though the Award is tripled according to Texas law, US Airways disclosed legal costs exceeded $ 122 million ($ 84.5M in attorney fees, $ 36.6M in attorney expenses & almost $ 0.9M in statutory costs), while Sabre estimated their legal fees between $ 35-$ 50 million]. Will airlines now be free to negotiate any deals they may want? I hardly doubt it.

“It’s not about the money; it’s about the message,” was said and “A jury verdict, would not result in an injunction forbidding the contested contract provisions or a declaratory judgment”. So now we have the message, but what are we going to do with it?

Will the GDS oligopoly break apart?

GDS have already covered their backs and put penalties for comparison shopping in every developer- and user-agreement. Since 2009, $ 3.75 does it cost if one uses the Sabre system but book somewhere else (paywall). Will the GDS oligopoly break apart? With TMCs having all their eggs in GDS baskets including using GDS technology such as agent desktops – no way. Will TMCs receive less commission and overrides from GDSs? TMCs have fought tirelessly against the revelation of their commissions and overrides (paywall) without success – so everybody knows now the neighborhood of what they receive from GDSs – so TMCs believe they will only negotiate down from that. At the same time it was revealed how much airline pay to GDSs per segment (paywall): Southwest $ 1.35, American $ 2.09, United: $ 3.13, and Delta dropped from $ 2.36 to $ 1.99. According to The Beat (paywall) for all airlines selling at the North American point of sale, those fees averaged $ 4.29 per segment in 2012, while an economist expert concluded a “reasonable” booking fee being closer to $ 1.21.

So as you can see in my picture about airline commission and overrides, that besides fees for fuel, staff, aircraft, technology, credit card fees etc. the ticket price anyone pays also includes GDS fees, which themselves include commission and overrides to agencies. GDSs receive somewhere above $ 5 per ticket (around 2.5 segments) with full content deals for preferred airlines in their home market (outside the home region per-segment fees came in at $ 10.47, which would accumulate to $ 25 per ticket). From those $ 5 they share around $ 2.50 with their top TMCs as a commission to sell a certain airline. So what is the big deal – other than Sabre spending more money on agency incentives than technology?

Corporation needs to take matter into their own hands

The client – in our business travel world the corporation – pays the bill. So in an ideal world every corporation should have tirelessly followed this litigation. Then the corporate travel managers had understood through which hands ‘their money’ goes, and in which pockets it ends up. The logical consequence would be to say “Wait a second, I want to have a word at the table. Ideally, if the ticket price I purchase has a fee that ultimately ends up in the pocket of the TMC I employ – maybe I want to discuss this option”. However, this would also mean that a corporation needs to take matter into their own hands, and other than our financial institution client, Siemens or Volkswagen, I don’t know anybody who understands the importance of business travel technology and employs a whole department taking care of business travel IT. If airlines wanted to enter into direct relationships with corporations which NDC suggests, they might have gotten some tail wind with this verdict. However, airlines seem to overlook that they need to offer something to the corporation for their efforts. It’s a give and take. For a mass market GDS system the average booking cost per segment may be $ 1.21, and that may even apply for every corporation, too, but definitely not from day one. So the upfront and transformation cost needs to be subsidized, otherwise life goes on as usual just with more transparency and everybody to feel like a loser. 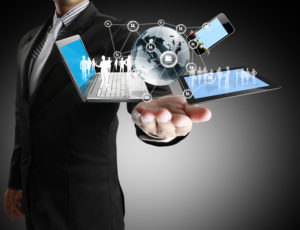 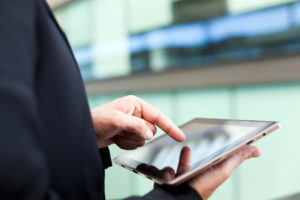 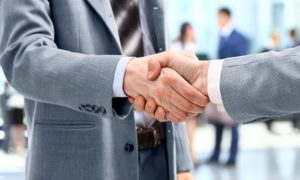