RIM, Nokia And The Fight For Market Shares

Ever since Google and Apple entered the market, well-established manufacturers of mobile phones struggle to keep their market shares.

To strengthen its position among business travelers, one of its main target groups, Research in Motion, the company behind BlackBerry, has just launched a new travel app called Blackberry Travel.

Although there are already various travel apps in the market, this still is important news, since RIM is the first smartphone manufacturer to market its own travel app. This not only indicates the increasing importance of mobile devices for business travelling, in particular the ability to change flight bookings or book additional services, but also shows that manufacturers try to evolve and expand their value proposition.

The new app was developed by app specialist Worldmate. It includes functions for trip planning, booking, itinerary management and flight status updates. Additionally, it offers a LinkedIn integration that enables users to inform business associates about current itineraries. And there is also a desktop function allowing users to book flights and car rental at home from their computer and thereby widening the usability of this app.

To ensure access to flights and hotel rooms, BlackBerry and Worldmate have partnered with industry players such as the Expedia Affiliate Network which provides the hotel booking. Travelport, United Airlines, Continental Airlines and Hilton Worldwide will most likely join, too. But it remains to be seen in what way the airlines will contribute to BlackBerry’s travel app, e.g., if users will at one point be able to book flights using their app on the phone.

So this app really might be the next step to improve and strengthen RIM’s position in corporate travel. First, it seems this new app is superior to most travel apps on the market. For example, when you book an itinerary and receive the confirmation, the app automatically updates your trips. Furthermore, it is able to identify conflicting schedules or required hotel stays and provides suggestions to solve those issues.

Secondly, RIM has managed to market its own app earlier than Apple. Apple’s role in the travel industry cannot yet be determined, since we are still waiting for Apple’s iTravel to enter the market. However, they undoubtedly have the technology and the financial means to enter the travel industry and to become an important player within the market, as the available information about iTravel indicates.

Either way, BlackBerry can increase its market share and improve its position in the smartphone market among business travelers, if it manages to use its first-mover advantage and implement these apps into its phones from the very beginning. If this should succeed, smartphone manufacturers could develop entirely new business models around that, they could for instance become merchants of record or huge distributors like the GDSs, as suggested in a Tnooz-article.

Travelers in particular depend on their mobile devices so they can be reached at all times and so that they can retrieve information immediately. Consumer behavior will probably change drastically: people will board a plane without having a confirmed hotel reservation at their destination as they will take care of this on the way there (or while still on the ground). The cell phone could be the primary point of sale for goods and services sold additionally post booking and even play an important role for primary bookings.

So what is Nokia doing in this situation? Although Nokia still is the largest manufacturer of mobile phones with a market share of about 31%, it is losing ground to companies such as Apple or Google. Especially in the high-end segment Nokia has so far not been able to compete with Apple’s iPhone. Most of Nokia’s revenue comes from the low and middle price segment. But even in these segments Google’s android is becoming a serious threat.

That is why Nokia recently entered into a strategic alliance with Microsoft to be able to compete with Apple and Google. By combining their competencies Nokia and Microsoft aim to create not only new, innovative mobile devices, but an entire ecosystem that rivals those of Apple and Google.

As a consequence, Nokia will from now on use Windows Phone as its operating system instead of its own software Symbian. Nokia will contribute with expertise in hardware design and retailing. Microsoft will provide products like Office, Bing or Xbox-live. Additionally, Nokia’s appstore will be integrated into Microsoft’s marketplace.

With regards to the travel industry, it’s important to notice that Bing will now be set as the default search engine: Since Bing already has a travel search engine, it is very likely that the new Nokia Windows Phone devices will also be capable of using Bing travel and maybe include new travel features.

Although it might have been a necessary step for Nokia to ensure its future competitiveness, Nokia still takes a risk by abandoning its own operating system Symbian: In the last quarter of 2010 Symbian was still the market leader with a share of 36.6%, followed by android with 25.5% and iOS with 16.7%, while Windows Phone is not even listed in these rankings yet. In addition, it risks losing many developers who feel betrayed by Nokia, because the QT toolkit used to make apps for Symbian phones will not be supported on Windows Phones. It will be crucial for Microsoft and Nokia to keep as many developers on their side as possible and to put the utmost effort into acquiring new developers. So while this alliance offers great possibilities, it is still open if Nokia and Microsoft really manage to create a user experience that compares e.g. to Apple’s iPhone.

All in all, we can see an increasing trend in business travel: business travel goes mobile: these days you can manage your entire trip from your smartphone and hardly need a computer anymore. Travel companies need to realize this development and react accordingly by offering high-quality apps and mobile-optimized websites, since both are important for travelers.

However, we are still waiting for the ability to book flights using a mobile app. When will that happen? Maybe Nokia will surprise us with such a feature in the near future. 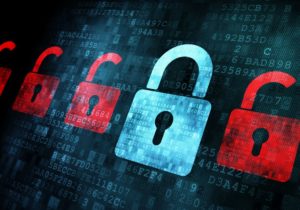 Why the “Privacy Shield” does not yet provide Security
Read more »
Michael Strauss 9. February 2016 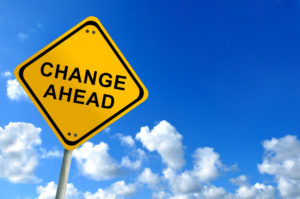 The Travel Industry: Only Those Open To Change Will Reap The Rewards
Read more »
Michael Strauss 30. March 2009 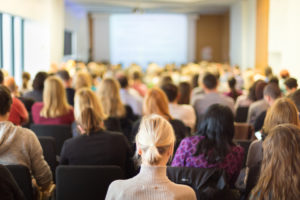