Reasons for the Growing Importance of the Mobile Internet: Mobile Browser vs. App

The initially quoted report by whatech.com not just indicated that mobile internet usage was higher than internet access by desktop PCs, but that accessing the internet by use of mobile apps has exceeded both, stationary and mobile browser internet access.

This trend is not really surprising when looking at the amount of apps available on the two major app stores, Apple App Store and Google Play Store.

The Google Play Store currently offers over 1.21 million applications,[1] which is a little more than the 1.14 million applications[2] available on Apple’s store. Another reason why the use of apps outweighs the use of mobile websites is that many websites still are not adapted to reduced screen sizes and different ways of interaction when the user visits the site with his mobile device rather than a conventional PC. Moving away from a mouse that (apart from Apple’s track pad or one of the rarely available laptops with touch screen) only allows a few interactions such as simple click, secondary click and perhaps some customizable additional keys, modern touch screens offer other ways to interact and use a website or an app.

Apps further on allow for better use of the hardware of a certain mobile device, including features like the camera, GPS- and motion-sensors or finger print sensors. Of course development of a well implemented application for several mobile operating systems requires a lot more effort compared to creating one mobile website, but the user experience is most likely to be a lot better. The third alternative websites using responsive design are most probably the best solution in general. They offer the benefits of adopting to different screen sizes without any negative influence on the user experience, having a unique look and feel over all systems and devices as well as reduced maintenance efforts. On the downside efforts for development are higher as the amount of necessary testing on a larger amount of different devices increases. These aspects and many more can be in detail read on several websites, such as hswsolutions.com.

With responsive design being a jack of all trades device, it clearly cannot cope with the varying control/input concepts of the available mobile operating systems (OS), such as Android, is or Windows Phone (and others). A website may just feel different on the differing mobile OS and thereby even cause positive or negative emotions when visiting the responsive website with a certain mobile OS. When developing a good native application for one OS developers are more likely to focus on the benefits of the aimed OS and also may be more thoughtful on what information is to be shown and which not, rather than just thinking about how to display the information. When a responsive design based website is developed well and the just mentioned aspects of showing or not showing information is well thought through then the efforts are very similar to a native application. In this case the native app seems to be the better solution.

A point that may mislead in the report by whatech.com is that is does not use the number of visitors or the data traffic volume created but the amount of time spent on the different access ways. Keeping the amount of time in mind people spend on social media platforms such as Facebook, WhatsApp, YouTube or Instagram it becomes more obvious that the use (in terms of time) is higher than on mobile browsers as the apps are just more comfortable to use and quicker to access. Still this can be used as a valid base, as the number of visitors or the created data traffic volume also may lead to a shift in reading the data.

On the one hand platforms like youtube.com of course would cause a lot more data traffic than news only platforms. This is simply due to the fact that video material, especially when high definition, use more data than text that is shown in a certain layout by using CSS-files. On the other hand the same platform may have less visitors as Facebook, just because Facebook users tend to visit Facebook several times a day. A statistic by Pew research Center reveals that 31% of the U.S. Facebook users in 2010 visited the page several times a day. Today that number may even be higher. Looking at unique page visitors also may not be the most transparent way to monitor, as developing a native application requires some effort. Hence a certain amount of frequent users must be already be present to split the costs over a certain number of users. As a result bigger companies or websites with a big community of followers are more likely to have well-known mobile apps and therefore the users are again more likely to use them. So what would be the best scale to measure? From my point the ideal scale would be the amount of interactions, as someone booking a trip would have a lot of interactions within a short time whereas somebody watching a video only a few over a longer timespan.

Additionally apps are similar to bookmarks and the unique icon can quickly be recognized on the homescreen. This results in an easier access to the contents than by looking at testbased bookmarks in a mobile browser. Further on apps can easily store user access data and logging in and out is not requires as it is on most mobile browsers.

Going through aspects why the use of mobile applications is getting more and more ahead of the access of web content by mobile browsers (and desktop devices) one downside of this trend is overseen: On businessinsider.com Jim Edwards wrote that „Mobile Apps Are Killing The Free Web, Handing A Censored Duopoly to Google And Apple“. With Google and Apple being the dominant app store providers they can (and already are doing so) controll which apps will be hosted in their stores. This is an alarming trend, but the distribution of mobile apps can also be done outside of the app stores. However this probably is only a solution for hightec, nieche applications of distributors that offer these apps as an add-on to existing services. When aiming at the general public (of mobile users) getting around the two major stores is very hard. In this context it will be interesting to see how Microsoft will continue to develop, their new strategy of making Windows 8 and Windows Phone 8 free on all sub-9-inch devices looks promising.

Michael Strauss however raises a concern: “Who wants to use a different app for every occasion? We need an umbrella app which uses those specific apps depending on the situation you are in. At Pass we are discussing enhancing our in Germany available emergency app to guide you through all situations. The challenge is partnerships. Who wants to only provide a sub-app? So I’m calling it right now that we will leave it once again to the already dominating Apples and Googles to modify their OS in a way that it will automatically call and appropriate (biased) sub-app to manage the situation you find yourself in. Siri will call you!”

Reasons for the Growing Importance of the Mobile Internet – Part 3 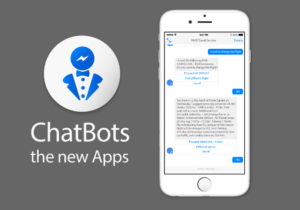 Chatbots – the Biggest IT Revolution after the iPhone?
Read more »
Michael Strauss 20. September 2016

Blockchain in Travel for Dummies: All You Need to Know – for Now
Read more »
Michael Strauss 23. May 2018 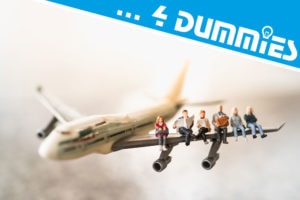